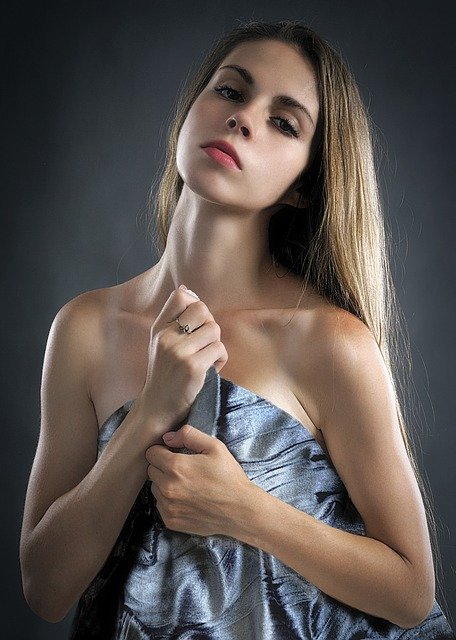 Falguni Nayar (C-L), managing director and CEO of Nykaa, an online marketplace for cosmetics and … [+] apparel, along with her daughter Adwaita (C-R) attends the company’s IPO listing ceremony at the National Stock Exchange in Mumbai on November 10, 2021.


Veteran investment banker-turned-entrepreneur Falguni Nayar became the richest self-made woman in India after the stellar debut of cosmetics and fashion retailer Nykaa’s parent FSN E-Commerce Ventures on Wednesday. The listing price of 2,018 rupees, which is a whopping 79% premium to the issue price of 1,125 rupees, gives the company a valuation of $13 billion. Nayar’s 52.6% stake held with her husband Sanjay Nayar, who heads American private equity firm KKR’s India unit, and their twins, is worth $6.8 billion

Nayar, 58, who is the founder, managing director and CEO of Nykaa, was dressed in a resplendent red sari at today’s listing ceremony at the National Stock Exchange in Mumbai. She became a billionaire in a pre-IPO private placement in June that valued Nykaa at $2.3 billion, giving her a net worth of $1.1 billion. The listing boost has made her the richest self-made woman in India, a title held until now by biotech entrepreneur Kiran Mazumdar Shaw whose current net worth is $3.6 billion

The Nykaa IPO, which opened on October 28 and closed on November 1, was over-subscribed 82 times with the portion for qualified institutional buyers subscribed at 92.3 times; non-institutional investors at 110 times; the retail portion at 10.3 times and the employees’ segment at nearly 1.9 times. The Mumbai company had set a price band of between 1,085 and 1,125 rupees per share.

The multi-brand retailer of cosmetics and apparel made a fresh issue of 5.6 million shares in addition to shares being sold by a range of early investors. These include Hong Kong commodities billionaire Harry Banga; Rishab Mariwala son of Indian consumer goods billionaire Harsh Mariwala and Sunil Kant Munjal, brother of auto billionaire Pawan Munjal. The proceeds will be used for adding new stores and warehouses and for enhancing brand visibility.

“Nykaa’s listing on the Indian stock exchanges today has been a historic landmark and what makes it so awe-inspiring is that they are just getting started,” says Angad Banga, son of Harry Banga, whose Hong Kong-based family office was one of the earliest investors and continues to hold a minority stake in Nykaa. “The unprecedented level of investor interest we’ve seen is a genuine reflection of the passion and determination of the founder, the highly competent and efficacious …….