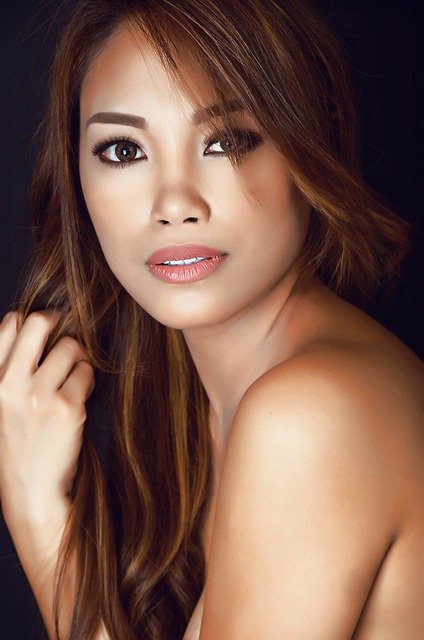 At some point, Peterson took the advice Elvis had given her about leaving Vegas. She’d continue to work as a performer, touring nightclubs with her musical-comedy show, Mama’s Boys, and singing lead for an Italian funk band. By the time she landed the gig as the host of Elvira’s Movie Macabre exactly 40 years ago, she’d become a pro at stage makeup. But she still needed help putting together what would become the iconic Elvira look, and enlisted her best friend, Robert Redding, who she worked with during Mama’s Boys. “We didn’t want to go with the typical Vampira, Morticia Addams, with all black and black hair. We wanted to make it look different, unique, so we came in with this Sharon Tate from The Fearless Vampire Killers-kind of look, which was a sheer, pink tattered gown and more like a dead girl look,” says Peterson. While it would have been less trouble to do, since Peterson would wear her own red hair, she’s happy that the show’s producers rejected it and demanded her to wear all black. “Thank you, lord, that didn’t happen because I have this thing that almost no celebrity has in the world, and that is total anonymity,” she explains. “I’m getting recognized more lately, but for the first 30 years of being Elvira, I had a completely double life, which was fantastic for raising my child. It was amazing because we had a pretty normal home life.”